Ashley tapestry is the expression of the art of macramé. It is a scale reproduction of one of the eight vertical panels of a sailor’s bag from around the 19th century.

The sailors created decorative and functional objects with knots. With the aim of passing the time during the longest moments of navigation.

On the high seas, bags, chains, key rings and belts were created. While sailors used thick and rough ropes in their navigational tasks, for functional objects they used fine, silky ropes and threads.

The Ashley tapestry reproduces a horizontal section of a unique design, separated by support bars.

The first and third of these sections are made up of a series of bars in irregular order. Which are: the double lace chain, the spiral bar, the solomon bar and the Genoese bar.

The second and fourth horizontal sections are made with oblique bars with a cross knot.

Ashley tapestry is the expression of the art of macramé. The word macramé means fringe, in Arabic. The tapestry pays tribute to Clifford Ashley, author of the great encyclopedia of knots. Known by all us who enjoy and consider knots as an essential technique for life.

Clifford Ashley tells us that it was the sailors who brought the technique of macramé art to Italy. In Italy the nuns made works of great beauty and very solid.

“The exact date on which sailors began to use macramé is not known. But towards the middle of the 19th century, crews, both from the American and British navy, became specialists in this art, perhaps because their narrow and reduced spaces limited or eliminated the possibility of keeping large works”

The Ashley tapestry is an elegant piece that, thanks to its height and thickness, brings light and warmth to interior design. 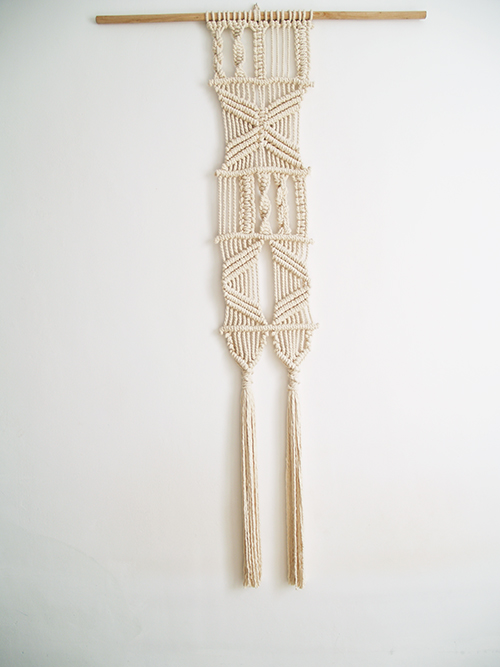 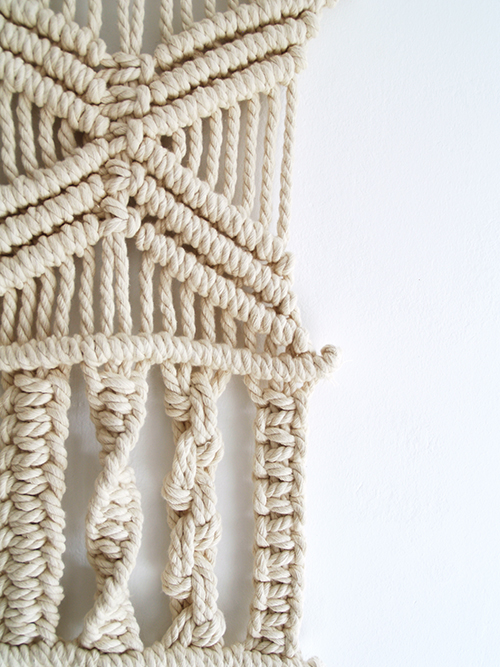 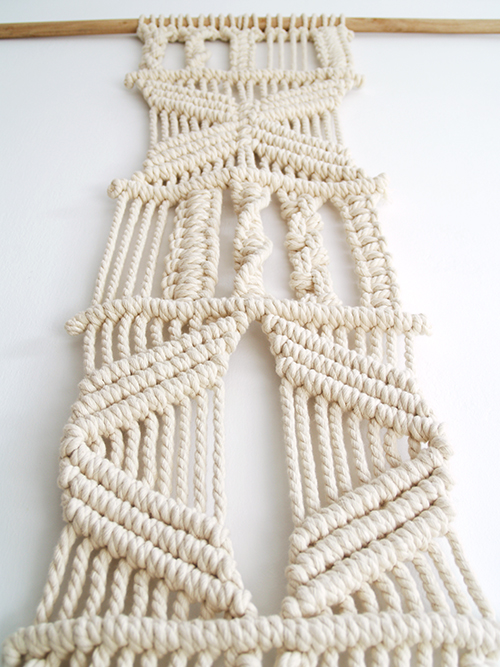 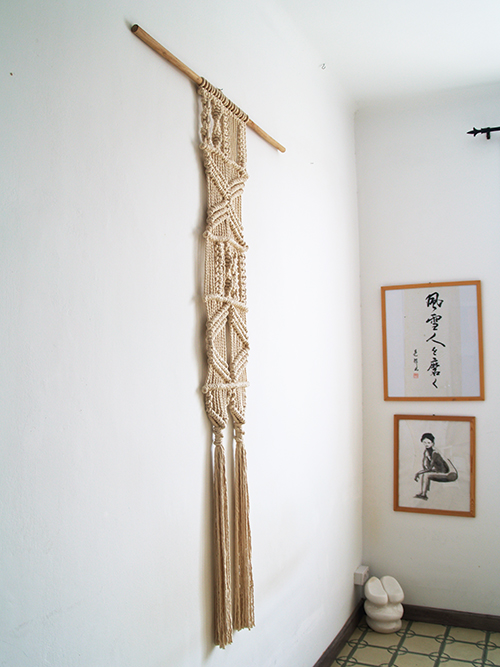