The protagonist of this piece is the mother in Picasso’s Guernica painting. Who, to the left of the canvas, screams carrying her dead son. She is a recognizable figure and close to anyone, who has lived or known the horrors of war.

In Wikipedia the symbol of the mother with the dead son is explained as follows. She stands under the bull, with her face turned towards the sky in a gesture or cry of pain. Her tongue is sharp like a stiletto and her eyes are shaped like tears. She holds her dead son in her arms. The boy’s eyes lack pupils, since he is dead. The iconographic model of this figure is, according to the critics, the Pietà, that is the common representation in Christian art, of the Virgin Mary holding her dead son in her arms.

A few benefit and yet many others pay the consequences. Violence knows no borders and devours any living being without prejudice.

Arpillera EL Duelo is a textile art work of small format and great visual impact. Inspired by the famous work of Pablo Picasso.

Picasso masterpiece Guernica was created to be part of the Spanish Pavilion at the International Exposition in Paris in 1937. To attract public attention to the republican cause in the midst of the Spanish Civil War. They constitute a generic plea against the barbarism and terror of war.

I was born in America and I transferred this suffering figure to nature that contemplates her and suffers with her the mourning of death and loss. Therefore, making El Duelo Burlap as a hand-sewn collage is another powerful symbol of the tasks imposed on women. Silent caregivers in the home and on battlefields too.

We/They have been caretakers, victims and combatants since time immemorial.

In the same way, share technique and style with Burlap LA BROMA 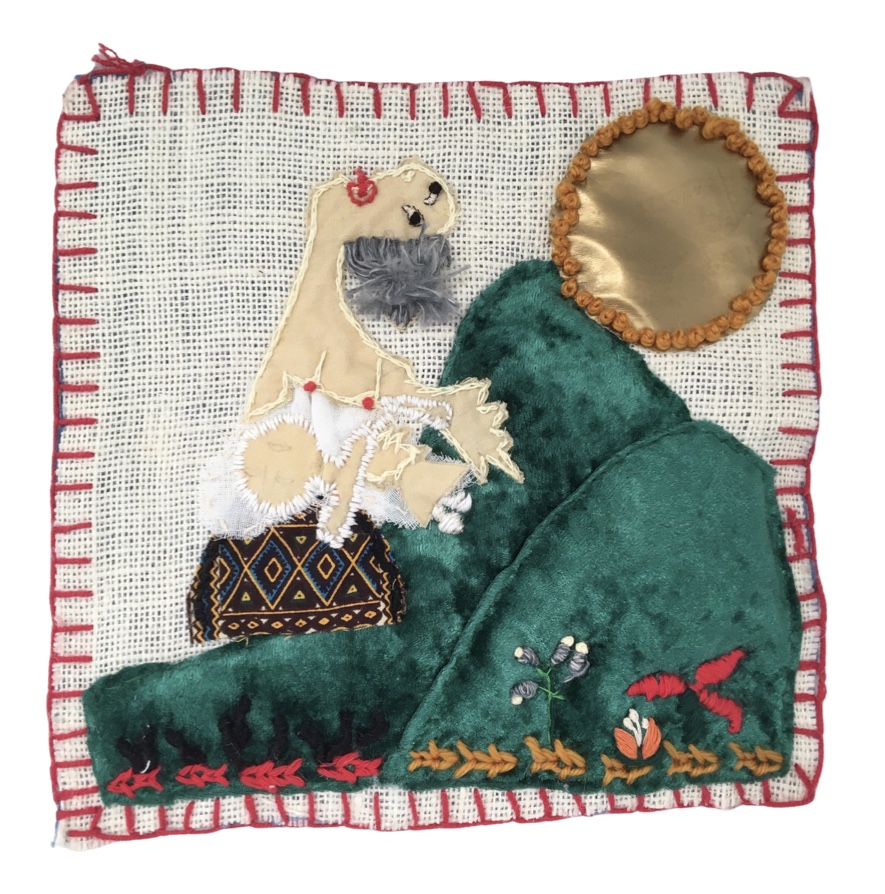 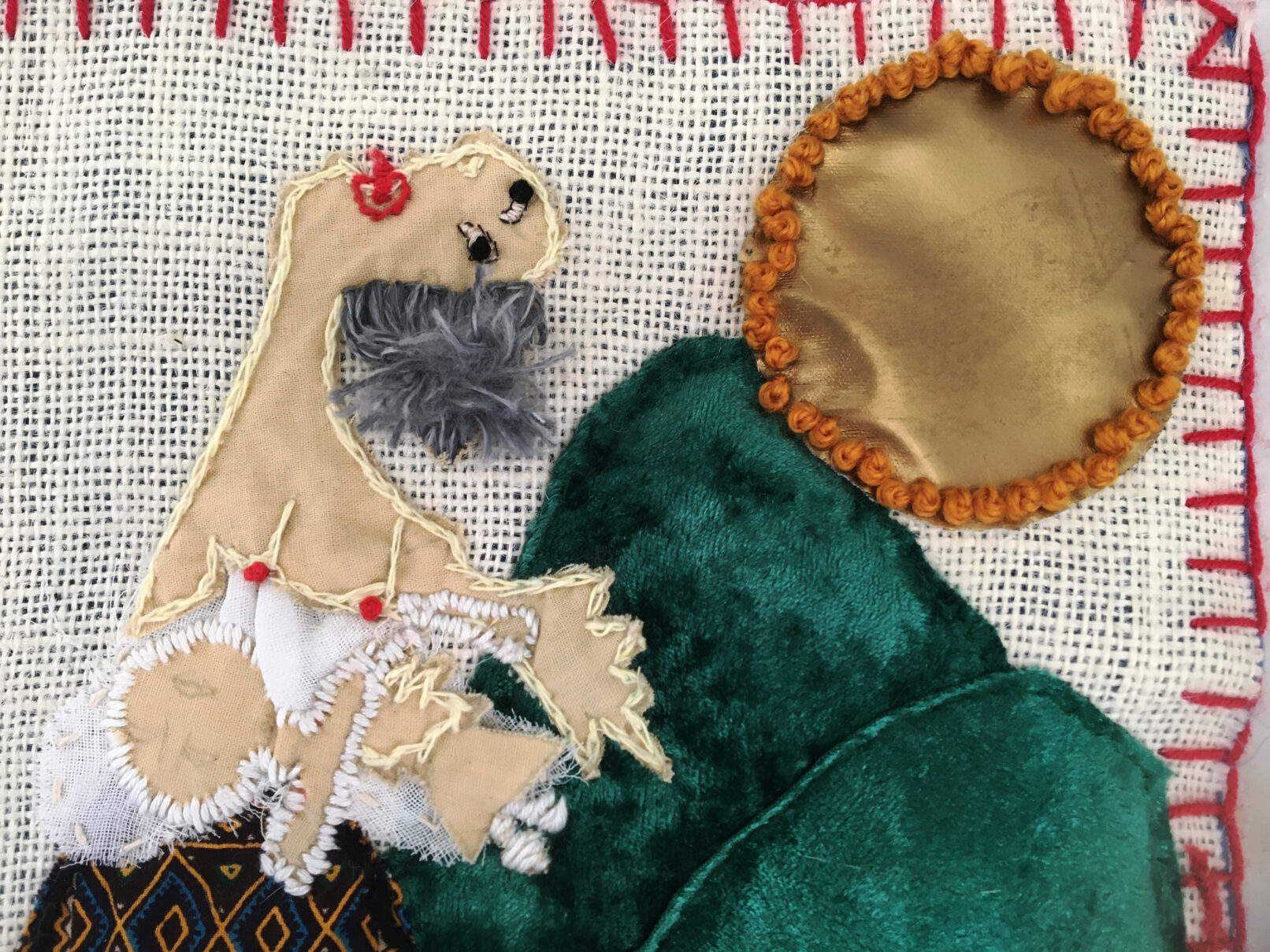 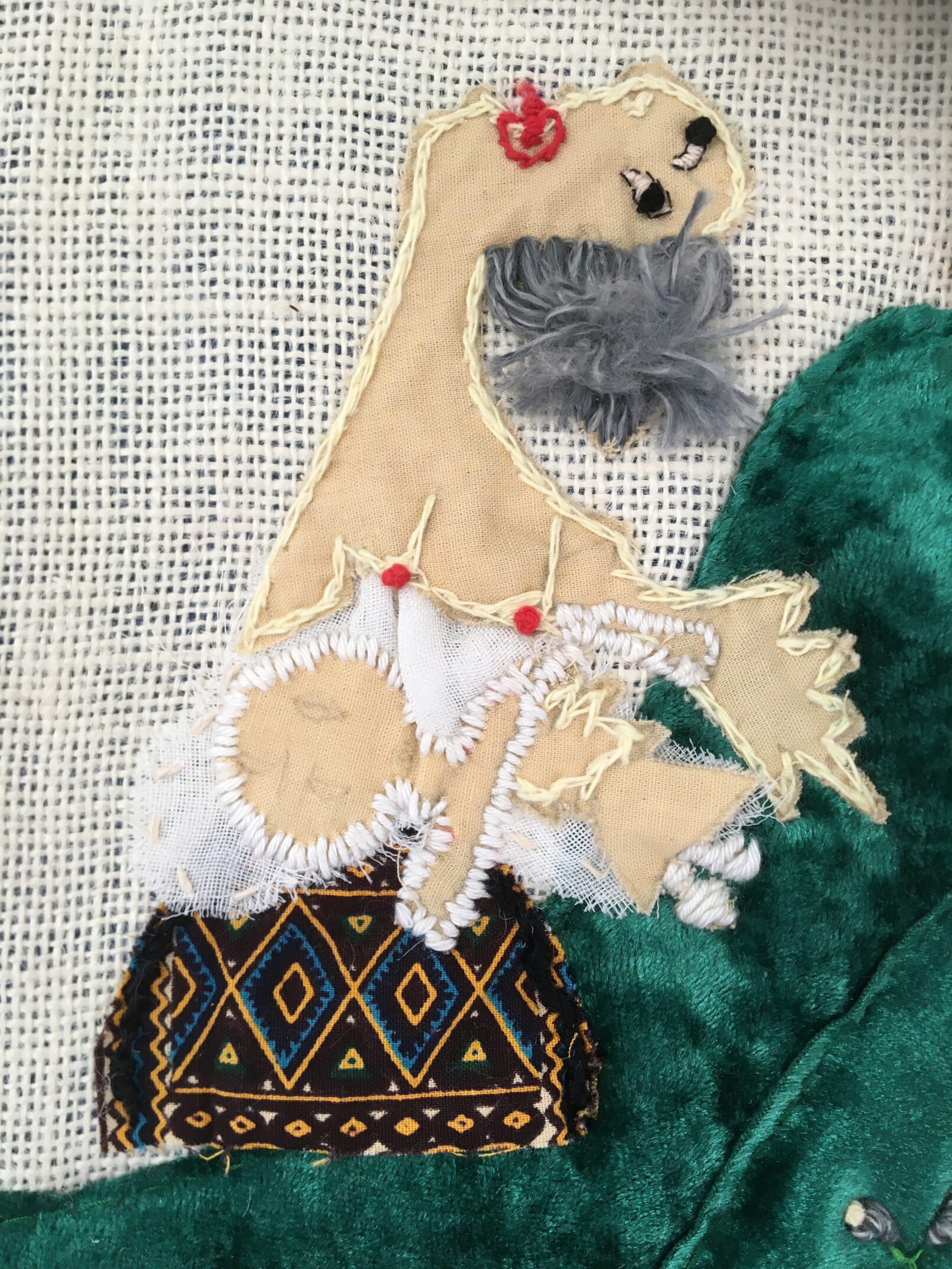 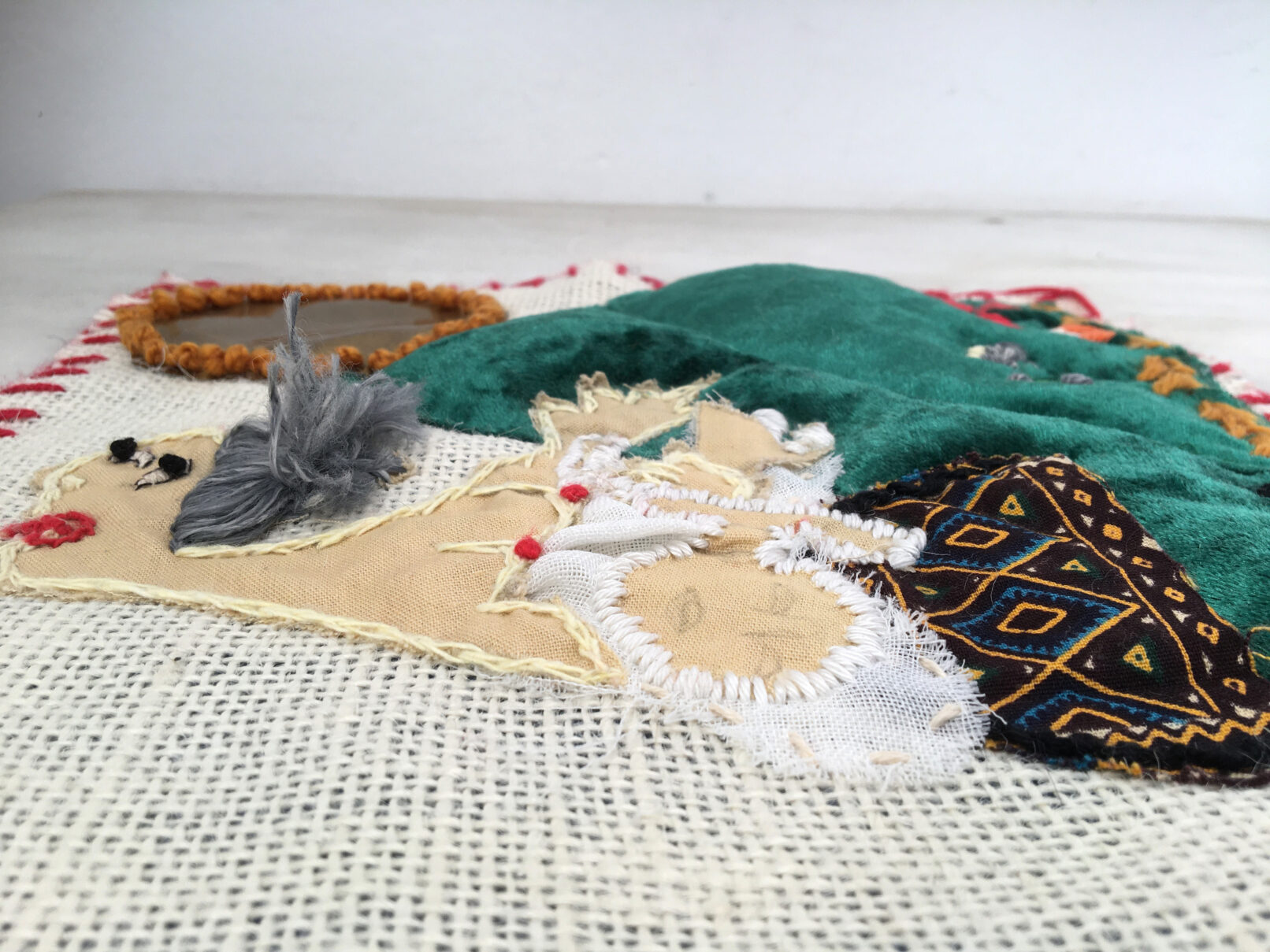 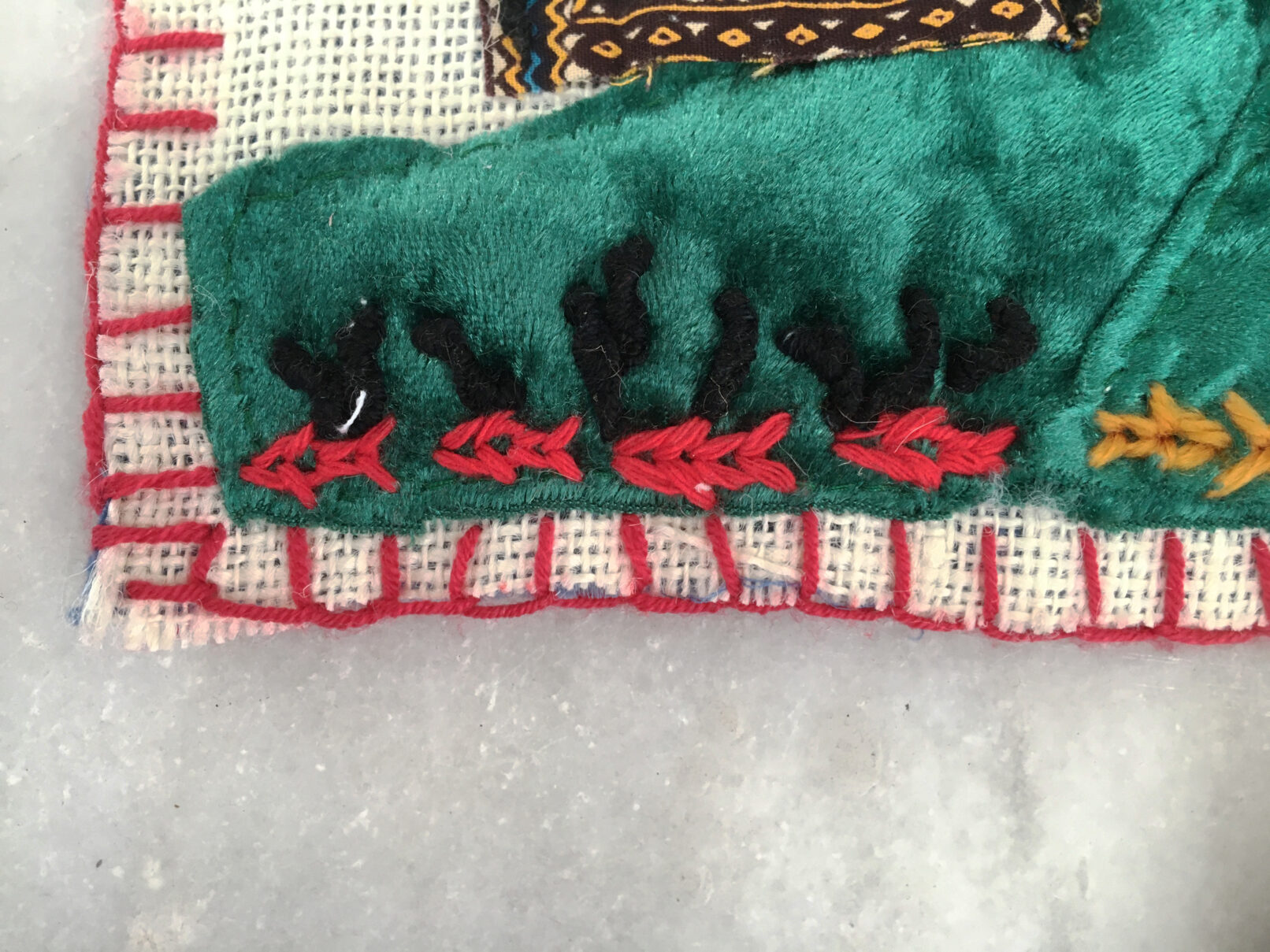 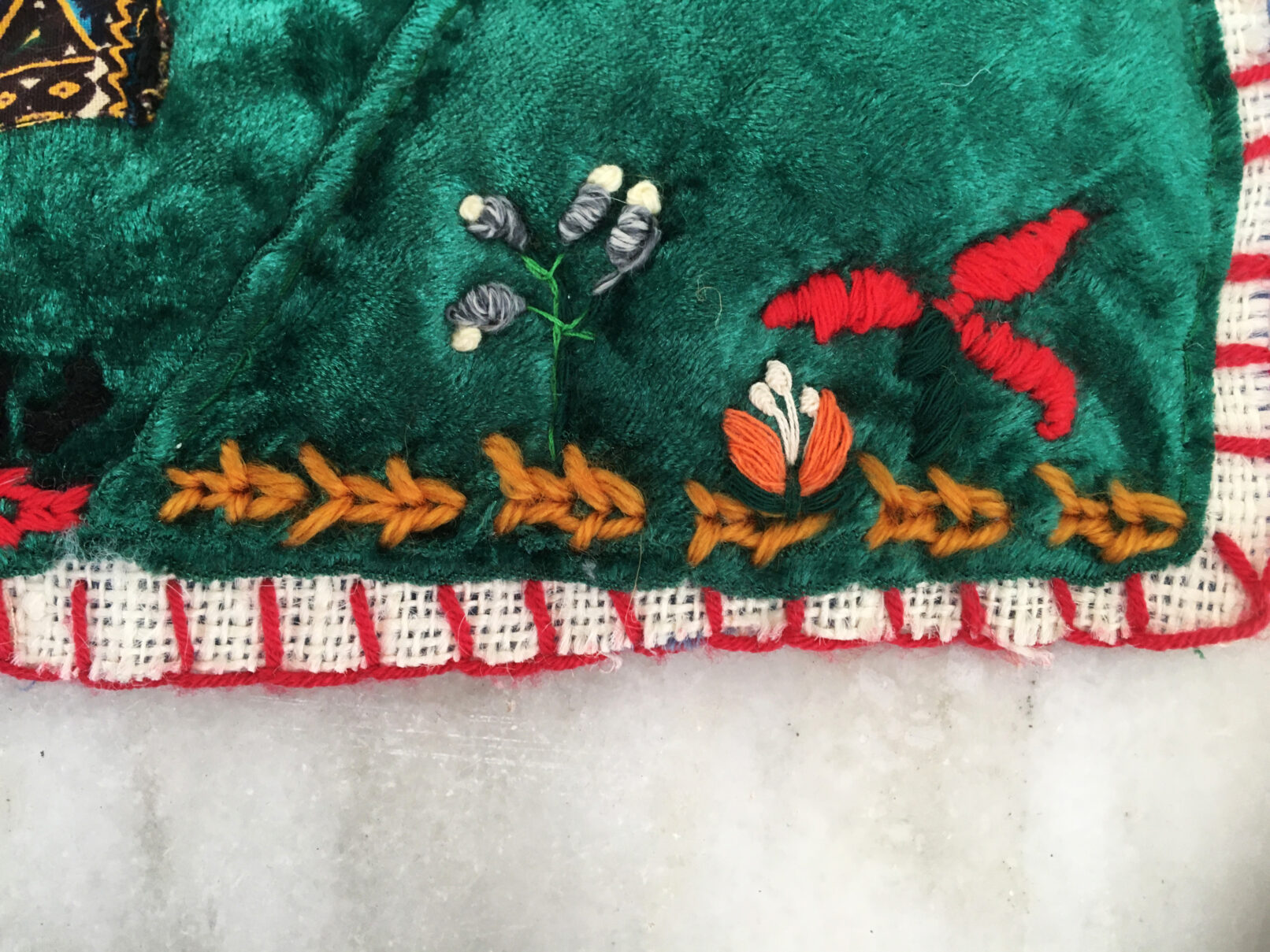