Arpillera (Burlap) is within the narrative of textile arts. Arpillera, is the clandestine tapestry created by Chilean women during the Pinochet dictatorship.

Textile art has helped to tell difficult stories by providing its tools: needles, threads, wool, burlap, clothes. The artists are the collective storytellers, thus by sewing they narrate and write history.

The 1970s saw the birth of the arpilleristas, as artists of the resistance. Women who opposed a dictatorship of terror and poverty, with solidarity as their value.

The Arpillera in the narrative of the textile arts is related to the almazuela and the collage. I associate it with naive because of the color and the richness of the details.

Likewise, I find similarities with poor art, due to the use of easily obtainable materials. They are creative movements that move away from industrial reproduction. Not to mention the rich and important heritage of embroidery and its impact on many art movements and fashion.

The Arpillera La Broma tells us about space, our place in the world and the way we treat nature. Tons of plastic and waste are being dumped in the oceans and lands that suffer mistreatment and pollution.

How is our space defined?

It seems to be decided by where we are born, our family, habits, governments, companies, the climate. Everything.

Borders mark the world, for some it is easier to cross them than for others. This social agreement must be a joke, a joke that after being repeated so much became a bad taste joke.

Some borders are more dominant than others, they scream and make themselves felt more strongly. But we all know that the one who screams the most is not always right.

This Arpillera is an invitation to define our space, be it internal or external. You’re where you come from, right? You are your circumstances. The borders are up to you. Expansion is in your area of control, but if you don’t believe it, let yourself go and watch.

We are all the same, and we share spaces with other species equal and even more wonderful than ours. We inhabit a beautiful planet that we mistreat and pollute and yet it cares for us and feeds us, let’s begin to respect it.

In conclusion, we are a grain of dust compared to the greatness of planet Earth, so breathe and calm down! 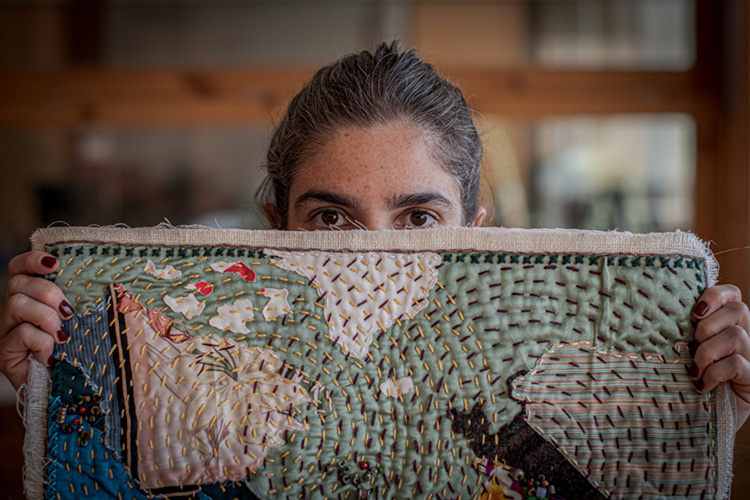 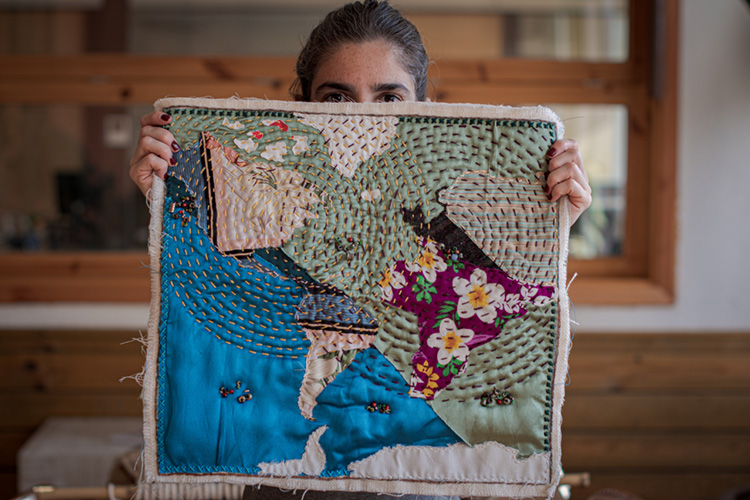 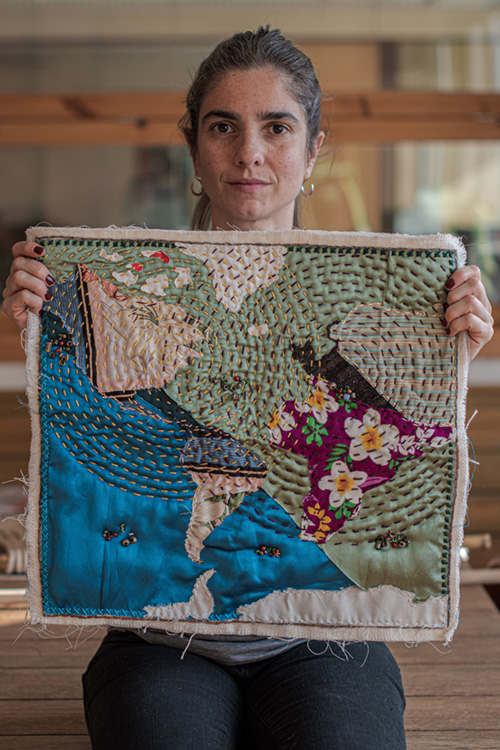 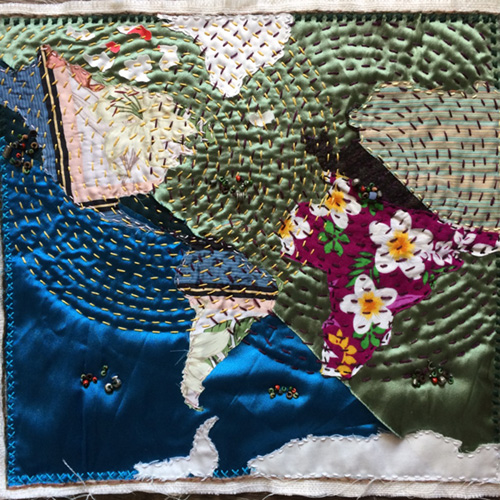