Terra wall tapestry is reversible.  Weaver’s and the Mohair knot works as permanent connections. The weaver’s knots enjoy the versatile and aesthetic cross knot on both sides.

Mohair knot is ingenious. However, the care and good treatment of these animals is not considered in obtaining mohair wool, so we do not recommend its use.

In Japan, the land is supposed to be carried by a huge fish. Is carried in India for a turtle. Among the Amerindians by a snake. In Egypt by a scarab. In Southeast Asia by an elephant.

Milan Kundera wrote that “the true moral test of humanity. Its fundamental test consists in its attitude towards those who are at its mercy: the animals. And in this sense humanity has suffered a defeat. A defeat so fundamental that all the others come from there”

The Terra tapestry tells us about the earth as an element as opposed to air or water. The cotton and jute strings communicate transcendence and universality. Black and jute as elements of natural and cultural selection.

The lines, color and texture of the strings of the Terra tapestry are enough to thank the earth for the patience with which it welcomes human animals.

“For the Aztecs, the goddess Earth has two opposite aspects: she is the nurturing mother that allows us to live on her vegetation; on the other hand, it demands the dead, on which it feeds itself, and is in this sense destructive ” (Dictionary of Symbols, Chevalier)

The Terra wall tapestry is reversible thanks to the selection of knots. It is the rhythm and natural movement of each string, of each natural fiber. 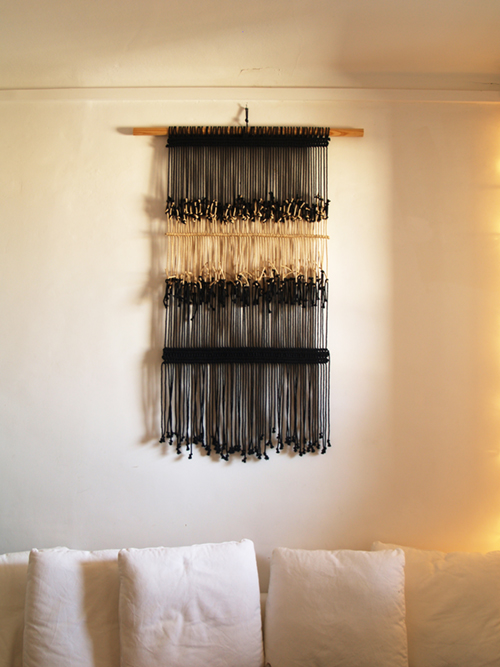 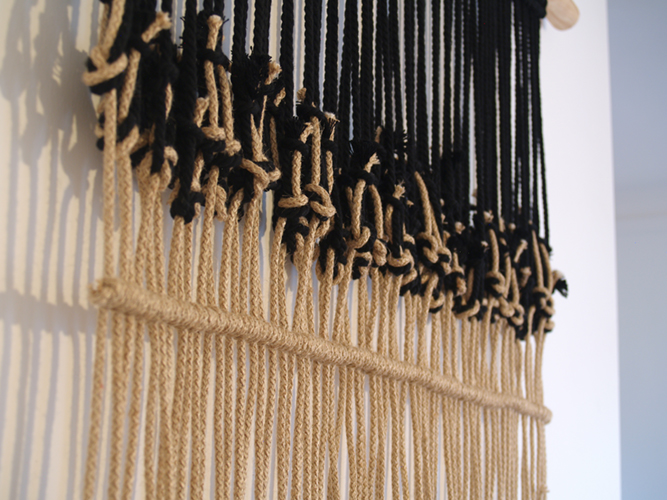 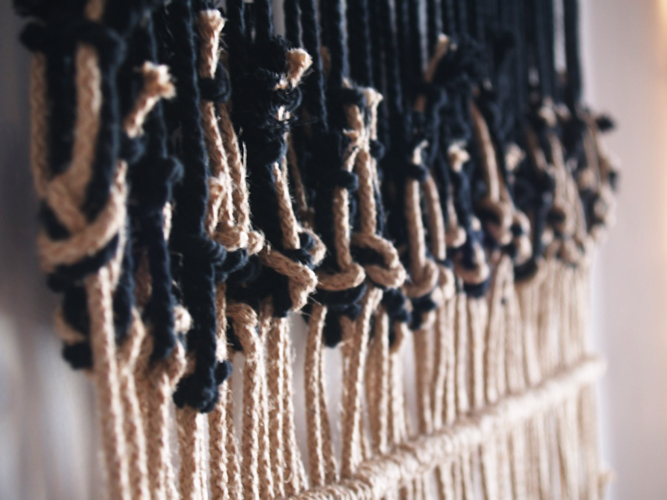 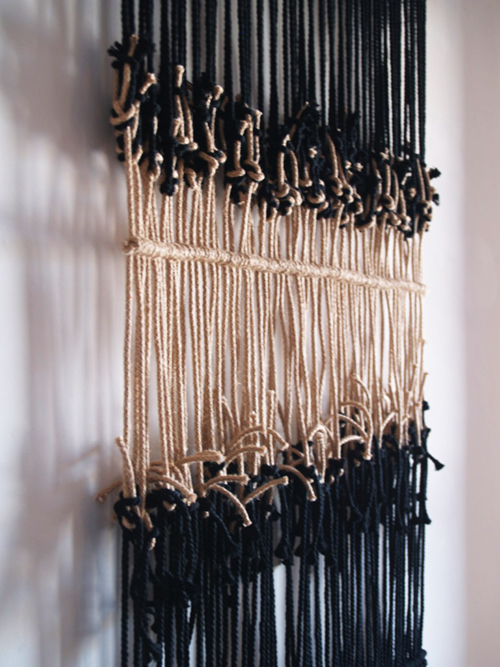 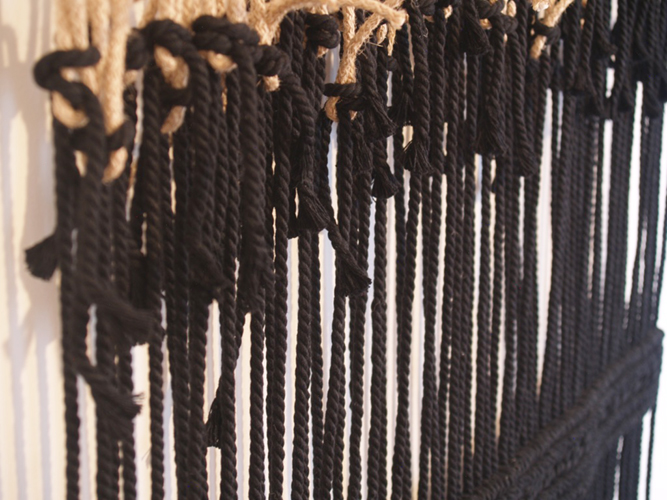 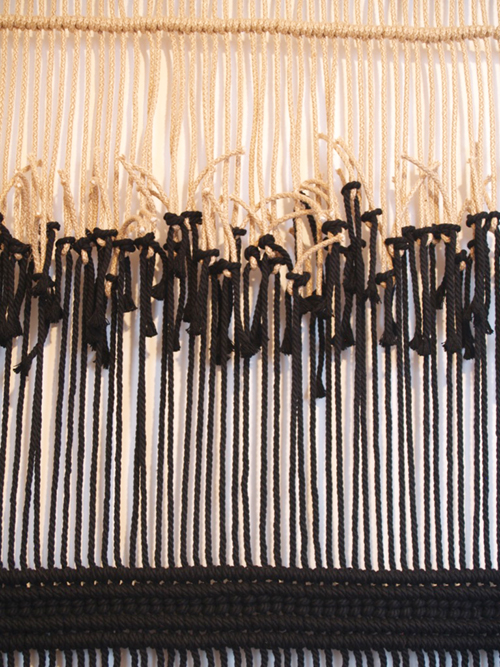